The Stigma of Driving a Minivan 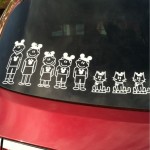 I have declared for the past ten years that I hate minivans (before that I didn’t have any children so it was a non-issue).  Old people drive them, usually too slow and swerving in and out of the fast lane.  Minivans have back windows full of stick-figure families wearing Mickey Mouse ears, soccer ball decals, and faded-out honor roll bumper stickers.  Usually they have all three, and I always want to run them off the road into a ditch.

The best example of the stigma and lifestyle assumption I’m looking to avoid comes from seeing a minivan with stick-people stickers on the back window.  One adult female stick-person wearing a Mickey Mouse hat and SIX cat stick-animals and no human kids to be found.  I still kick myself to this day for not taking a photo of that winner.  To me, minivan drivers are elderly people that shouldn’t be driving on the road in the first place or stressed out and frazzled moms with scratch-n-sniff stickers all over the inside of the car windows.  Or women with four kids under the age of four that have traded their wardrobe for sweatpants and stained maternity teeshirts. Or people that didn’t learn to drive in this country and think stop signs and one way streets are ‘suggestions’. 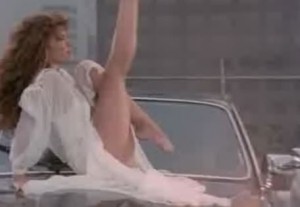 Most of this internal struggle is admitting I’m in a different stage of my life now.  I just turned 40, I’ve been married 11 years, I have two kids. I will never be carefree and 23 again. If I drive a minivan I will never be Tawny Kitaen slithering on the hood of a sexy car in a Whitesnake video.  Well, after thinking about it, I’m doing a lot better than she is right now… so I guess I have that going for me.

Why not get a SUV?  I used to own a Ford Explorer and loved it.  LOVED IT.  I’d love another one, but for the features I want in a car they are way out of my price range.  I don’t want to settle for less features in a car, sorry, I want what I want even if that means completely changing the type of car I drive.  I won’t drive a sedan, mainly because the lack of hauling space.  My husband drives a great VW Eos (hard top convertible) so when I need a fix of driving a sporty car with no kids and music blasting I borrow his car.

Outside the stigma of owning and driving a minivan, the features they contain have a lot of benefits to me and my family even if they do look like toasters.

After all my stressing and worrying, I most likely am going to get a minivan, even with the stigma attached to it.  We’ve looked at the VW Routan because my husband and I love his Eos.  They seem to do small cars very well but I didn’t like the inside of the car even though the outside was nice enough.  The dealership we take my husband’s car to is AMAZING and I would have liked to give them my business.  The Honda Odyssey seems like the winner but I’m going to check out the Toyota Sienna tomorrow.  I did peek at a few SUVs even though I know they are out of my price range for the features I want.

So if I’ve pretty much come to the conclusion that I’m getting a minivan with a ton of cool features and something that fits the current- and future-lifestyle of my family why am do I feel dirty? Because it means I am admitting and becoming something that I swore I would never do.  Getting older.

EDIT : WE BOUGHT A MINIVAN!

We purchased a 2011 Toyota Sienna XLE with some sort of premium package (entertainment system for the kiddies & a navigation system for the ‘rents) from Liberty Toyota in Burlington NJ (bonus – they are on Facebook and even have a checkin special).  Gold (Sandy Beach Beige in marketing-speak) with beige interior.  I wanted a white car with beige leather interior but the gold is light enough (and metallic) that I felt it was worth the compromise.  It’s pretty much the only thing I ‘gave up’ on my list of must-have’s.  In return I got the navigation and the kids got a split-screen DVD entertainment center which they are never allowed to use (except in trips 100 miles or longer).

We had just gone to take a quick peek at the car but being that we had already seen the two others on our list, and liked this one the best – we bought it.  If you are in the market for one – ask for John, we liked him.  My husband HATES **HATES** purchasing cars and the salesman John was a “no-BS” kind of guy that my husband felt comfortable making a purchase with.

EDIT EDIT : WE SOLD THE MINIVAN!

Loved the minivan. Hated paying $70 for a tank of gas while I was commuting an hour each way to an old job. While my kids are disappointed that they no longer are driven around in an “apartment on wheels” (they each had a zillion square feet in the back to NOT touch / pinch / hit each other. Now I drive a 2015 Ford Fusion Hybrid and love the gas mileage (less than $20 to fill the tank and nearly 100 more miles per fill up…) 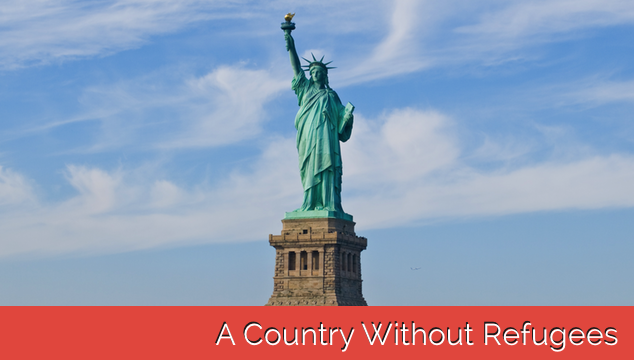 A Country Without Refugees

What I’m Listening To: The Owners Mind with Chris Brogan