Keeping Your Online Opinion To Yourself

Today’s pet peeve has me in such a twist it deserved a post on my blog rather than a ‘throwaway’ comment on a social platform. 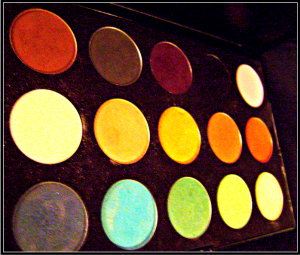 What rubs me the wrong way? When “well meaning” people (men and women) comment to someone and give unsolicited advice about another woman’s appearance. Namely:

…how a woman is wearing too much makeup

…looks ‘over optimized’ with makeup (WTH?)

…is trying to fight her age using too much makeup

Did it ever occur to these armchair critics that some women (and hell, some men too) LIKE to wear makeup and like the way it makes them look or feel? I for one love the process of putting makeup on, experimenting with new products, and how I can work at making my outside feel like my inside. Makeup makes me feel more professional and it helps me be “on” especially for work. I’ve been known to put on a full face of makeup for audio conference calls just for the bump in confidence.

Listen. Just because a person uploads a photo of themselves does not give you the unfettered right to make sly remarks to them and push your opinions on their fact. To this end, if a person posts about a new love interest (or a former one…) it is NOT okay to jump on the bandwagon and go on giving opinions. A friend of mine posted pics with her new beau recently just to have PUBLIC comments made that “you can do (or have done) better,” “you’ve put on some weight,” and my favorite “he doesn’t look like he makes enough money for your high maintenance tastes.” WOOOOOW. Poor fella was even tagged in the photo, so he saw all the shenanigans of this gal’s “friends.”

A few weeks back I read Amy Vernon’s #SMEtiquette article about someone offering unsolicited advice via Facebook regarding a friend’s plastic surgery. I was horrified that people actually think it is not only okay to offer unsolicited advice but to feel offended that the person didn’t take the advice. Now I’m seeing it in full force. Just. Stop.

What I’ve Been Up To