Over the past few weeks there has been quite an uproar online regarding the state of current social media conferences – namely BlogWorld & New Media Expo.  The original Podcast & Portable Media Expo / PPME (which is what half of the conference was called before it floundered and BlogWorld bought it) is near and dear to my heart for many reasons.  It’s where as a podcaster in 2004 I could go to meet my own kind, make and meet friends and foster new business.  To be truthful, a good number of people attending were hobby podcasters.  People that did this for fun and passion and as a creative outlet rather than for the purpose of promoting an *existing* business.  They had aspirations of making it ‘bigtime’ but in truth a good part of the crowd made enough money to cover their hosting costs and maybe get some new gear.  Sure there were the early rockstars like Adam Curry, Rocketboom, C.C. Chapman, Cali Lewis and others, but even they were just starting in the new media business and crafting business plans on the way.  The most heated debates were over things like finding sponsorship, the CPM vs. flat sponsorship debate or how to get invited to the illustrious PodShow (now Mevio) private parties and snag a ride on the Hummer limo.  Marketers and business professionals that understood the power of this new medium were busy in back room conversations or quiet dinners making the deals that really mattered – and changed the future.

PPME was far from a sloppy, thrown-together conference. It had all the workings of a corporate-level, professional event.  But even then there was a divide between professionals and business people in the space and the people that shouted “the airwaves should be free man” and “death to the advertiser”!  Yes, it had a bit of West Coast hippie vibe for sure.  I’m an East Coast girl, I’m sure they thought we were all hard-nosed capitalists.  Most of the people I met and made friendships with back then are some of the most successful *social media* practitioners around.  They have evolved and taken the industry with it, but that doesn’t mean there isn’t a place or need for new blood in the system.

Enter the birth of PodCamp. I won’t dive into the history of that here except to say I’ve been attending and involved since the beginning and am a coordinator for PodCamp Philly.  Part of the reason PodCamps (or every Camp for that matter) were born was for locals to get a chance to attend and mingle with people of their own kind, close to home (and hopefully without the travel expense of attending a conference).  To keep the conversations and learning around what that particular microcosm of locals find useful.  Camps still hold true to this today.  Yes, they have changed, but only because that’s how the people guide the conference.  Speakers choose themselves to talk, and the organizers don’t have to worry about making sure that every speaker has enough clout to pull in an audience.  The community is self-regulating.  Professional, business-oriented conferences do not have that luxury.

So just as the early podcasters themselves have evolved, so have PodCamps and BlogWorld Expo.  To stay the same in this industry would be to die. Now, there is a lot of chatter lately about how BWE has failed the old time podcasters, or podcasters in general, with a lack of podcast programming or tracks. I’ve not run any official surveys, but my guess is that there are markedly fewer podcasters around than social media professionals.  People that use social media for non-business use (your sister on Facebook, your brother following his sports teams on Twitter) would never in a million years dream of attending BlogWorld Expo.  While they are creating content using these tools, it’s not who the conference is targeted to.  It’s my guess that people that listen to podcasts or create them as a hobby (meaning for free or little pay) probably don’t want to attend BlogWorld Expo either.  On that note, people that produce podcasts that aren’t of a business or professional angle may not be interested either (sci-fi or author podcasters come to mind), but then again, they may be very interested in BlogWorld Expo.  If they find content that appeals to them, but I don’t think that the conference owes it to EVERYONE to fill ALL topic needs.

True, I do feel that it would be better to have all the speakers, talks, tracks, and schedule disclosed before ticket prices start creeping up and hotel rooms are sold out.  Even when I juggle the schedule for PodCamp Philly (a nearly-free at $20 a person to attend event) I get slammed for not having a complete schedule published at least 10 weeks out.  I don’t know how hard it is to produce a BlogWorld Expo, but I have a taste from PodCamps and Social Media Clubs alone.

I have personal preferences for what I would like to see on the schedule and attend.  But you know what? Conferences don’t exist to appease me and me alone. I’m not the perfect demographic for a lot of the vendors or sponsors.  The things I’m interested in are not what the general population of social media and podcasting professional are after.  I understand this and don’t expect everyone to be running around crazy trying to please me just because I opened my mouth and complained.  We live in a free society, if someone’s function doesn’t fit my needs, I don’t go. I am not owed anything, least alone the right to attend an event catered to me at the sacrifice of others.

Instead of bitching about how everyone is doing it wrong, I decided to do something positive about it.  I met with the BlogWord Expo folks by accident while I was at South by Southwest and right there on the spot a plan was born.  Things that had been bouncing around in my head for *years* somehow found form and words and I told BlogWorld what I thought and what I was willing to do to make changes.  Podcasters have been dragged kicking and screaming in some cases into the world of social media.  Some feel a sense of entitlement and “we were first” and look down on social media.  It’s time all that bullshit stop.  We are in this together.  I have been in *it* since 1997.  They don’t come much older than me.  It’s time we start learning from each other, listening to each other, and moving forward.  To stay the same in this industry would be to die.

What I proposed to BlogWorld Expo was to let me head up a Podcasting Pavilion (disclaimer – I am volunteering because I see a need for the community, there is no payment that I’d want for this).  A place where podcasters – all podcasters – could get together with peers, learn from each other and share their knowledge and passion.  People that think social media is only Facebook and Twitter can get in the trenches with the podcasting folks and see what it takes to build the next level of media for their business.  Hobby podcasters can see what the last seven years have brought and where they would like to go next.  BlogWorld Expo has a lot of podcasting sessions in the wings – but I wanted a place where people can ask questions and not just sit in an audience.  In my opinion, BlogWorld Expo has made the best of the PPME market as they could, but everything evolves.  No offense to the original PPME, but if the market were strong enough to support it, the conference would still be on it’s own.

My unsolicited advice posted on my own blog is this – if you don’t like an event, don’t go.  Instead of complaining, work to make your own game, on your own terms.  That’s what I did.  I saw a need, an opportunity, and I got off my ass and did something.

I am thankful that the organizers at BlogWorld Expo saw the same needs I did and donated the space for me to do the Podcasting Pavilion.  If it wasn’t them, to be honest, it may have been another conference.  But as fate has it, I happened to be at the same party at SxSW as them, standing in the same drink line.  Because of their ties with my beloved PPME, I would be a fool not to take this opportunity and run with it.

I hope you can see some of my flawed genius in this and come along for the ride.  I would love to have YOU at the Podcasters Pavilion at BlogWorld & New Media Expo and see how you can help this community thrive.

EDIT – I’ve added links to the other posts I wrote about the Podcasting Pavilion : 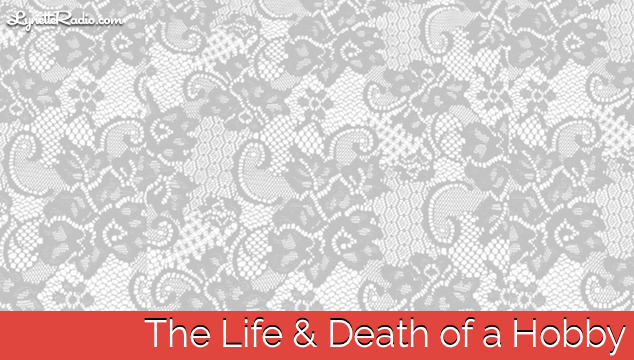 The Life and Death of a Hobby

Another book bites the dust…and other misc. updates

Mommy Has a Fat Ass … So Buy Me a Book